It had been over 2 years since I had moved back to Indiana from Columbia, South Carolina. It’s been difficult to return. Part of that was due to time, partly due to finances, part due to memories. This all changes over time. I have vacation time, I have a better job, and I can forgive and forget. 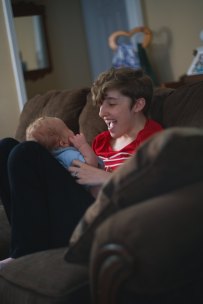 As a result, I had to reach out to the last solid group of friends I had, and even with them, communication has been spotty at best. No one is really to blame but ourselves on that one. With that being said, a few of my friends were pretty quick to jump when I had inquired about a long weekend. We made it happen.

It was great to reconnect with some old friends. The more things changed, the more they stayed the same. It was if time didn’t pass at all, though there were telltale signs that it clearly has. My friends, with whom I was staying with, Ben and Meredith just had a son who was 2 months at the time, which in part prompted my visit. It was so odd to see. They were not the only ones. Seems like everyone was starting families. Well, almost everyone. There were a few outliers who still remained single.

I had not left in early 2016 in the highest of spirits. But if your roommate kicked out stating that he didn’t think you were actually a Christian, you would have either. With that being said, several of my friends were encouraged by the changes that have taken place. I also learned that leaving Columbia was a wise move career-wise. Let’s just say the job market/economy isn’t great, as evident by some of my friend’s current employment (and mine from when I lived down there). This breaks my heart. I know they deserve so much more than this, and I wish I could do something to help make things better.

The weekend came and went. I was ready to return home. I was not ready to leave my friends, but the cornfields were calling my name. My time with them was just too short.  I had some great conversations with the McCanns (who are just some of the greatest people), the Zooks, The Terrance, and of course Ben and Meredith just to name a few. Im am thankful for all of them. A short time with them is better than no time at all.  I had a job to get back to and a long drive to get there. All good things must come to an end. This weekend gave me a lot to think about. I felt refreshed and encourages, albeit more than a little tired after driving 10+ hours through 5 states. I only made it as far as my parent’s house in Indianapolis. That was the plan, as North Manchester was still 2 hours away, and I was sick of driving. 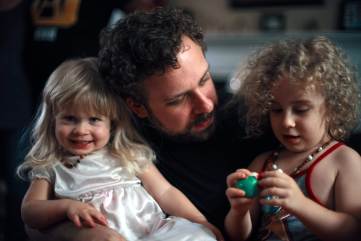 Upon returning to work and my own house, I felt as if something was missing. No, I didn’t leave anything behind in SC. By missing, I mean lacking. It’s the same thing I have been struggling with the past two years but amplified. I experienced the isolation and loneliness on a greater level. Sometimes you don’t realize just how much you are missing something until you’ve experienced it again. That’s how this was for me. What I saw in my SC friends is something I have been missing since I moved back to Indiana: Life. People who can breathe life into one another. I don’t have this. I have work and church. Not a lot of friends at either. For one, I work with college students. Sure, most of my friends in SC are married and have families, but I knew many of them before they had children. It is harder to make friends with people your own age at church when they have children, and you are a bachelor.

I lack companionship. I lack people who can breathe life into me. There are reasons I have felt so dead lately. Most of my plans have fizzled. I have little motivation to actually get anything done. My house is a mess, my diet is lousy. I’m surprised I take the time I do to shave my head. Loneliness is slowly killing me. It drains all life, creativity, energy, motivation, emotion, etc. It is draining me till there is nothing left. This has been a source fueling my depression. It isn’t like I haven’t tried changing the situation. I think Meredith put it best: career-wise my situation is good, life-wise my situation is bad. It made me realize that I am living in the past. Not the remembering-how-things-used-to-be-longing-for-those-days kind of past. More like history past. I’m living in the town my grandparents grew up in, living in my great-aunt’s house, attending the church my mother was baptized in, working for the university I graduated from. Nothing here is new. This is my past and it is something I need to get away from. Don’t get me wrong, I REALLY like my job, and it has opened up other opportunities as well, but its nothing new.

I’m starting grad school and my contract expires at the end of May 2019. I’m making progress in my career, but that is more because it’s all I have to focus on than anything else. We will see where the Lord leads next. But for the loneliness, I question whether I can make it that long. I need to find friends a little closer by, and soon.